WWOOF, WorkAway, helpX, Volunteering Tenerife. But besides that there are also helpstay, workntravel, work and travel and others. And everything is possible at Finca la Castaña in Tenerife. WWOOF Spain in one of the most beautiful destinations. But what does WWOOF, workaway, helpX and helpstay actually mean? All forms have in common, like the original „Work and Travel“, that the respective volunteers are offered free board and lodging in exchange for help, but the focus is on cultural exchange and learning.

WWOOF (World Wide Opportunities On Organic Farms) is an international network of organic or ecologically managed farms, ranches or fincas (host) and people (WWOOFers) who are interested in a cultural exchange or exchange of experiences in organic farming. WWOOFers can work and gain experience on such a farm for a limited period of time.

helpX and workaway refers to general help on a farm, youth hostels, hostels, lodges, sailboats etc. and can also be arranged for longer periods.

In all forms of volunteer work, the main point is that no employment relationship is created according to the laws of the respective country. For example, independent, month-long, all-day cleaning and bedding of rooms in a hotel is more likely to be considered an employment relationship subject to social security contributions. On the other hand, occasional feeding of chickens, weeding, etc. during a stay of e.g. 14 days is to be regarded as unpaid volunteering within the framework of WWOOF, WorkAway or another program for volunteers.

These and similar questions are often asked. To be able to contact all hosts, a membership at www.wwwoof.es is required. If you want to apply as a volunteer on our finca, it is enough to contact us via our contact form. But you can also inform yourself about volunteering at our finca here first. 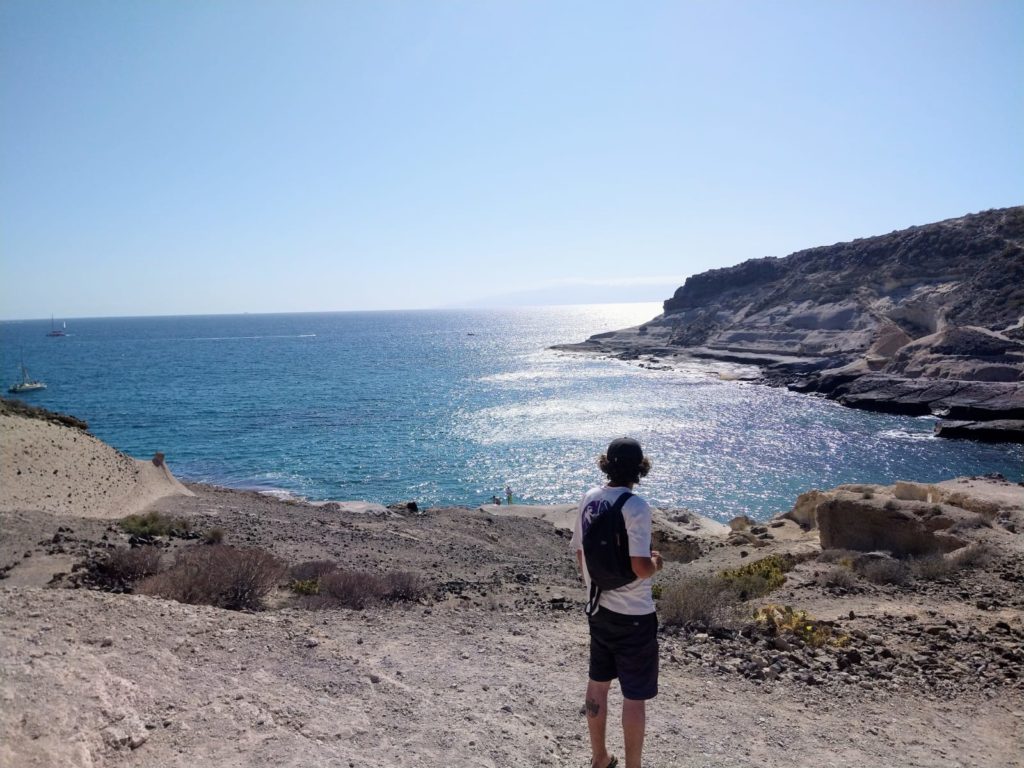 WWOOF, WorkAway, HelpX in Tenerife means volunteering at one of the most sought-after destinations in Spain. Finca la Castaña is located in the north of Tenerife at an altitude of about 500 meters and is exclusively self-sufficient. The finca is run according to ecological criteria, but not commercially.

WWOOFing in Spain in the Canary Islands is a very special highlight. Because it means at one of the most sought-after vacation destinations in Europe in the subtropical climate to gain experience in organic farming or organic farming experience. Permaculture Tenerife: In our permaculture you can get involved in building a tropical food forest, planting, tending and harvesting vegetables.

Hiking in the snow in the morning and swimming in the sea in the afternoon is only possible in very few places worldwide. The Canary Islands offer to shorten the winter in Middle-Europe and spend it in the sunny south. WWOOFing in Tenerife – WWOOFing Tenerife. 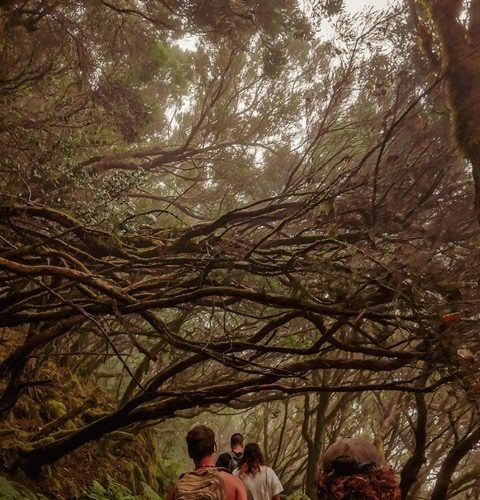 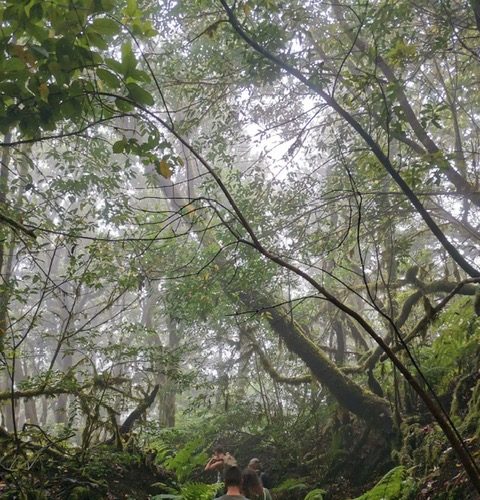 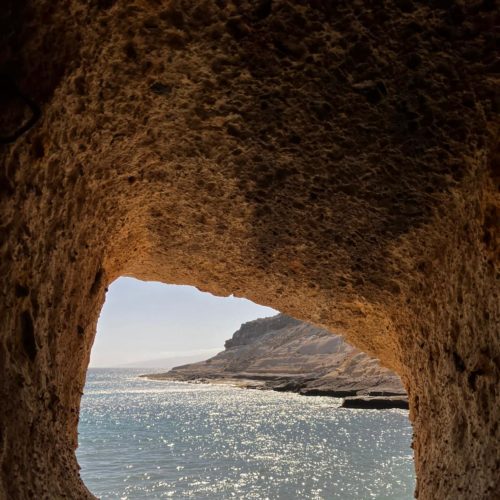 So far only a few farms have decided to offer WWOOF or volunteering in general on Tenerife. One of the few providers of WWOOF in Tenerife is Finca la Castaña, our fruit finca in the green north of Tenerife. The finca was just rebuilt in 2013 and is run according to organic principles.

The construction phase is largely completed and WWOOFers have here the opportunity to experience life on a finca in the immediate vicinity of La Orotava and Puerto de la Cruz. To deal with organic farming, permaculture on Tenerife, self-sufficiency, healthy eating and the many things that are part of the daily work on a finca.

In the orchard of the finca are cultivated about 100 different varieties of fruit, many well-known and also lesser-known vegetable and herb garden. Permaculture on the finca is currently developing into a special highlight. Permaculture Tenerife.

Permaculture comes from the root words “permanent” and “agriculture.” It aims to make food production (aka. agriculture) easier and more sustainable by mimicking the permanent, regenerative systems that can be found in nature.

The idea is that in the wild, ecosystems don’t need any input from human beings. They regenerate all on their own. Permaculture, therefore, aims to replicate many of the natural systems that exist in order to produce more (higher yields) with less human input (aka. time, energy and resources).

In short, permaculture works with nature rather than against it, which is in sharp contrast to conventional agricultural models that require constant management and input (ie. planting, fertilizing, irrigation, herbicides, pesticides, etc.) in order to produce a yield, and typically do a lot of ecological and environmental damage in the process.

But permaculture isn’t just some hippy dippy environmental movement (not that there’s anything wrong with that;) It’s actually a super practical way to design your homestead, your home and even your entire life in order to make things easier, cheaper and less time consuming overall. Because once you do the initial work of setting your permaculture systems up, you get to reap the benefits of those systems without having to constantly manage them, which always ends in higher yields for less work.

The origins of permaculture

The term “permaculture” was first coined by friends and coworkers Bill Mollison and David Holmgren in Australia back in the 1970’s. They envisioned a new agricultural design that was both permanent and sustainable, using available resources in a way that offered high output (yields) while producing little to no waste.

Mollison and Holmgren envisioned a set of 12 principles that permaculture practitioners could use to design everything from a small backyard garden to a large piece of property. While many of the principles apply to the initial phases of the design process (ie. designing a brand new garden or homestead), they are certainly beneficial to anyone interested in improving their gardening or homesteading setup, no matter how well established.

Earth Care is all about making sure that our actions improve (or at least maintain) the earth and the natural environment. So for example, when it comes to gardening that means we are using organic methods to make the land more productive and diverse and steering clear of herbicides, pesticides and GMOs.

People Care is all about making sure the needs of the people around us are met in sustainable, self-sufficient ways. Feeding ourselves, our families and our community members with the food that we grow is one way of caring for people, but it is certainly not the only way.

The 12 design principles of permaculture

Permaculture follows 12 basic design principles. While you don’t have to follow every principle in order to implement permaculture design on your own property, the more of them you understand and incorporate, the more sustainable, efficient and self-sustaining your homestead (and your life) will be! It’s best to start with the first principle, and then move through each of the remaining principles in chronological order, although it’s not required to implement each one in order

Are you interested in gaining practical experience in organic farming on a Finca? We live on Tenerife as self-suppliers and are happy to host volunteers on our finca. 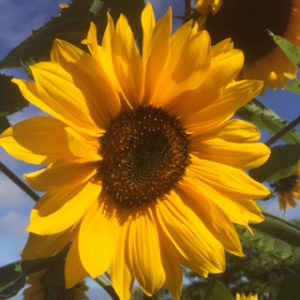 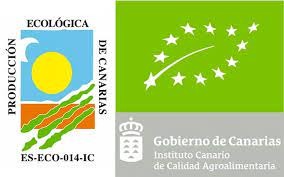 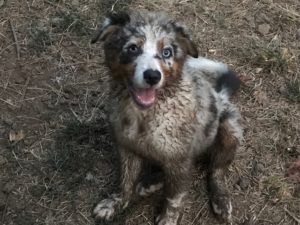 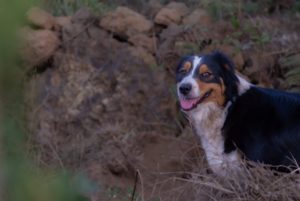 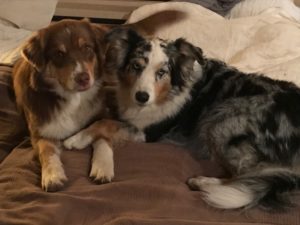 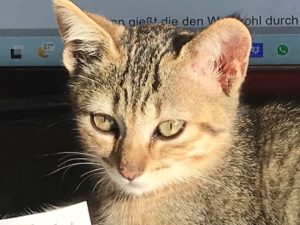 This will close in 30 seconds

A ridiculous amount of coffee was consumed in the process of building this project. Add some fuel if you'd like to keep me going!